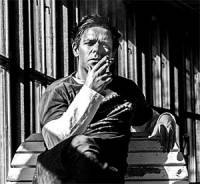 Emigrate's official Facebook posted that Emigrate's next video will be shot on August 3rd in Los Angeles, with the participation of Ben and Ian from Billy Talent.

This confirms that this song will be the first single from Emigrate's third album. We don't know much about this album, except that it was composed at the same time as Silent So Long, and that it was recorded by the same team and with the same stuff.
Tracklist and formats of "The Persistence Of Memory" New single and video "You Can't Run Away" "The Persistence Of Memory": release on November 5 New single "Freeze My Mind" this Friday! Fourth Emigrate album is on the way Lyrics of "A Million Degrees" New video: You Are So Beautiful A Million Degrees: artwork, tracklist, editions and pre-order links 1234: first video from A Million Degrees Official announcement : new album "A Million Degrees" on Nov. 30
Back to top