When did Richard start Emigrate?
After the release of the Rammstein album Mutter.
When did Richard reveal Emigrate?
In 2003, you could find references to Emigrate in the press. But the actual announcement was made in 2005.
Why did Richard create Emigrate?
As an outlet for extra creativity and to avoid tensions within Rammstein.
Why was the name Emigrate chosen?
Because Richard had since several years immigrated to New York, in the United States. 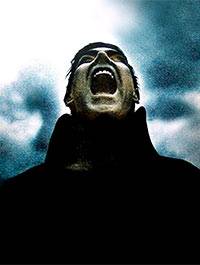 Despite several references in different articles in 2003, we started hearing serious reports about a Richard's solo project in March 2006. In an interview for the website The Gauntlet, Richard officially announced the name of his new project: Emigrate.

As explained by Richard, Emigrate was borne out of his desire to fully satisfy his thirst for composition and dominance. He wanted to control every move, every detail of his side-project, from A to Z.

In Rammstein, there is always an internal competition, which is a good thing. When we recorded Mutter, there was a lot of tension in the band. I had to let go. It was one of the reasons why I had to depart. If the band were to survive, I had to leave, let it breathe.

So Emigrate basically serves as real therapy for Richard, a way to relieve the various tensions which had risen at the time of Mutter. Schneider, the drummer of Rammstein, once said in an interview, it had become impossible to mention Richard's name without adding: asshole or motherfucker.

I'm the kind of guy that, when he has a vision, do not relinquish it, and persists. When you live in a band that uses democracy, you have to discuss everything with everyone involved. It turns out that people have their own ideas and want to change things and try something different. It was important to make concessions and I feel much better now.

In June 2006, twenty song titles of Emigrate's had been filed with the GEMA, the German agency which manages music copyrights and royalties. Emanuel Fialik, then the manager of Rammstein, had been announced as the manager of Emigrate. Richard had confirmed much of this information in interviews, explaining that the lyrics would be in English and the sound would be something similar to Rammstein's.

On September 5, 2006, it was finally revealed what Emigrate would look like. A sample of the song Wake up was released online for free listening. In an official statement, Richard announced that the album had not yet been completely finished, but that he wanted to give a taste of his music to the fans.

At the end of October 2006, Richard had offered three new samples of the songs to the fans: My World, Babe and Temptation. On November 28th, Babe had acquired the largest number of votes and was made available as a free download.

After this, nothing was heard for several weeks. It was only in April 2007 that any new information became available. The album was set to be released on August 31st. The line-up had also been confirmed:

At the end of May, an exclusive interview with Richard was published on the record label's website, Motor.de, accompanied by the first promotional pictures. Olsen Involtini had been annouced as the arranger and Sascha Moser as the music programmer. Richard had confirmed that no concerts were planned.

The track list of the album was announced and the album's name unveiled: Emigrate. The album was supposed to contain eleven songs, like all of Rammstein's albums. Tribute to Rammstein or superstition?

To further satisfy his large fan-base, Richard had decided to give the song My World as a free download. A wonderful gift which had brought to three the number of songs offered by Richard, enough to get a good idea of Emigrate. The band's official website had also been created at this time: www.emigrate.eu. 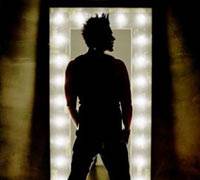 Things are getting serious…

Early August 2007, the video for My World premiered on the MTV Germany show "Brand-New". The band was now seen playing for the first time, and some of Richard's friends, who were not officialy included in the line-up, had also been invited. The video was largely inspired by the movie "Resident Evil: Extinction" and many images were the same as in the movie's trailer.

The album, Emigrate was released on August 31st, 2007, in Europe, accompanied by an impressive promotion. A majority of the specialized magazines were talking about Emigrate. The album was made available in two editions, the regular edition and the limited edition containing two bonus tracks.

On September 20th, the video for New York City had premiered, on MTV Germany's "Brand-New" as well. This time, the video was a lot more interesting. Unlike My World, the scenario was more thoughtful, and Richard wanted to convey a real message. It can be considered as the first real music video of Emigrate's. Then came the two singles, New York City in October 2007 and Temptation in March 2008.

In March 2007, Rammstein had met after a year's break to define the future of the band. So Richard had put his involvement with Emigrate on ice for an indefinite period of time. But during Rammstein's Liebe ist für alle da tour, Richard started to write songs for a second album of Emigrate.