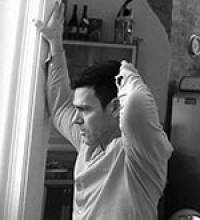 Richard Kruspe just posted on the official Facebook page of Emigrate. He announces that he has written enough songs for a third album. It could be mixed in April and be released in September. Here is his post :


It was grey and it was depressing. My studio should've been my escape but in an environment like this I only wound up writing more depressing songs. It would've been a no-win situation if we hadn't come up with some good stuff for the next record, but we did. More than we needed, actually. The goal was to get two more songs and suddenly we had six in the basket. I'll be taking these songs along with others we've done back into the studio in March to record with the same crew. With any luck we'll be mixing by late April, giving us a new Emigrate record in September. The grey should be gone by then, but for now I wish everyone more light than I've been getting here. Unless you're writing depressing songs too.